Serengeti National Park is the second largest park in Tanzania. If the Tanzanian wildlife is the main reason you are visiting, this is the best park for you. The Serengeti is most famous for the annual great migration; where more than three million wildebeest, zebras, and gazelles start their long journey in a clockwise circle (1800 miles) in search of food and water. The landscapes in the Serengeti are vast and unique; from grass plains, to woodlands, to hills and rivers. This park is a Big Five park, and you might have the opportunity to see elephants, buffalo, wildebeests, zebras, hippos, giraffes, crocodiles, lions, cheetahs, leopards and rhinos.

There are numerous camps, tented camps and lodges in the Serengeti National Park, and Bunda Adventures will ensure that you are situated in the right spot depending on the season and where you can see the most wildlife at the time of your holiday. 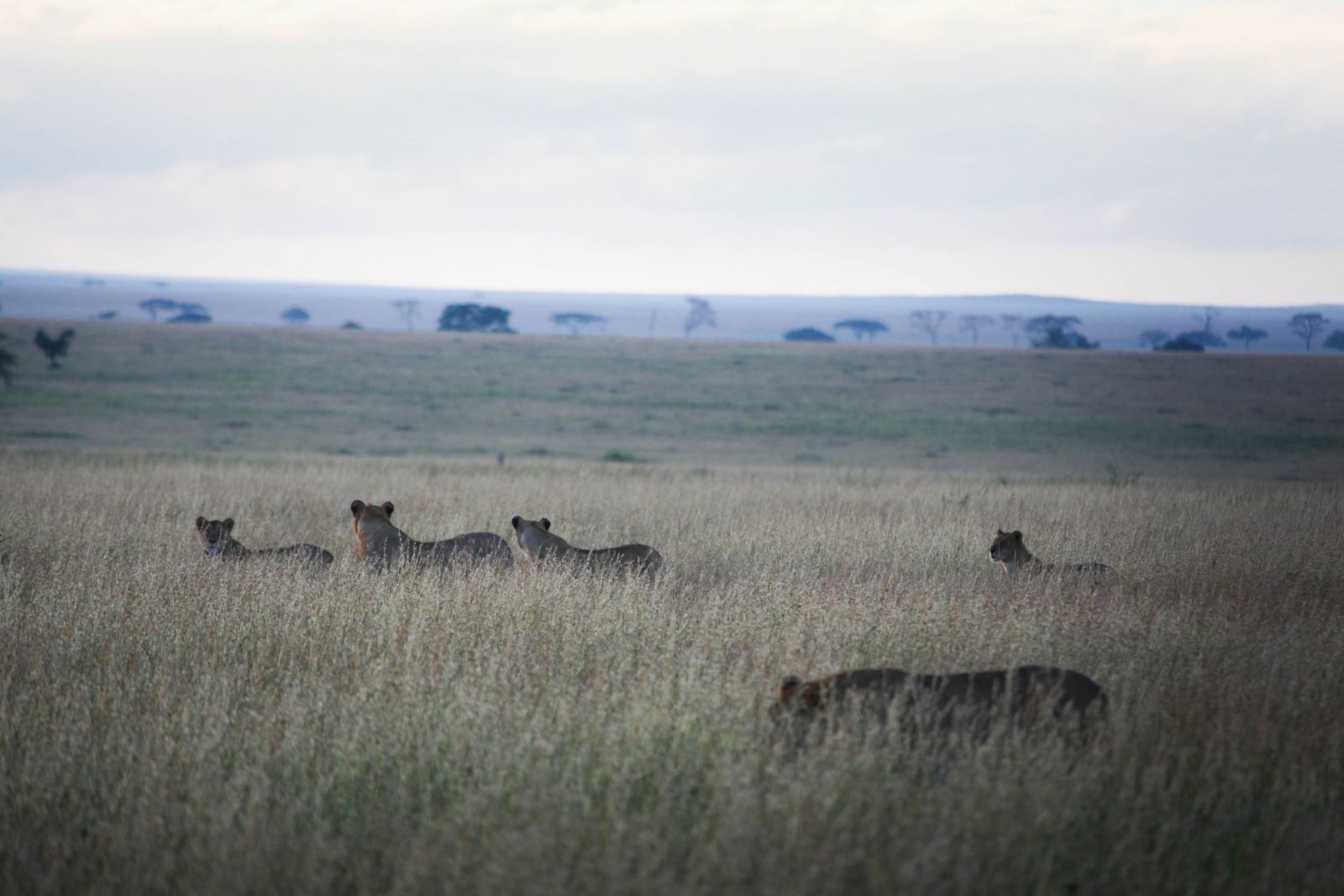 The Ngorongoro Crater is one of the most beautiful formations in the world. The crater is the remnants of a massive volcano that collapsed, and now an Immense number of animals live on the crater floor. Here is another park where you can see the Big Five; Elephant, Rhino, Buffalo, Lion and Leopard. In addition, you may be able to see hyenas, jackals, wildebeests and zebras.

On the crater rim is where most of the camps, tented camps and lodges are situated. They have stunning views and all are nearby to the crater access. 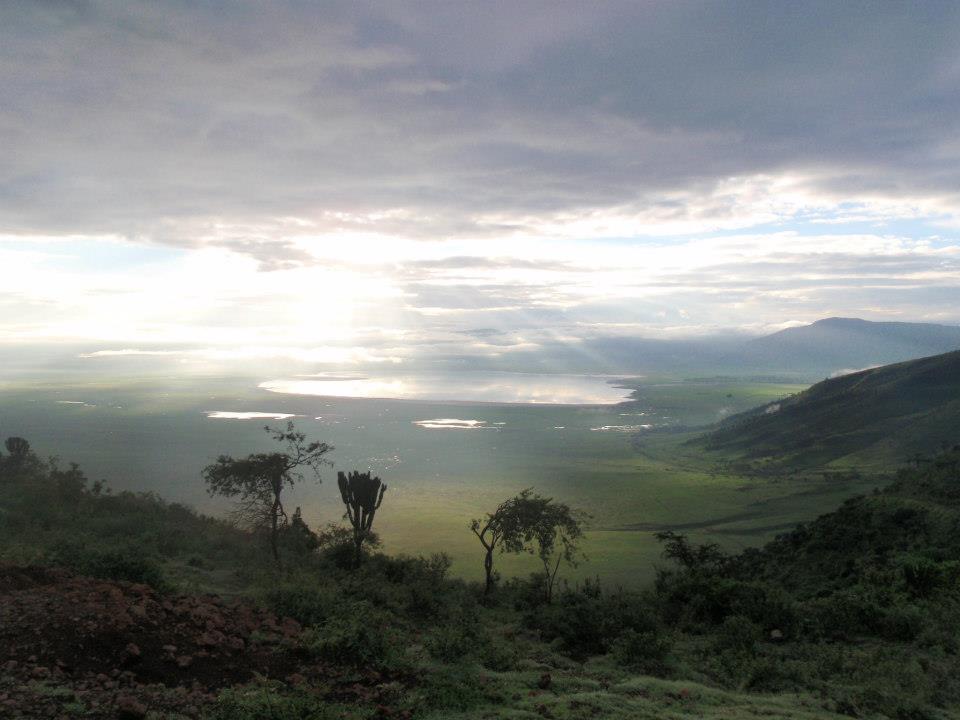 Lake Manyara is located on the floor of the Great Rift Valley, just below the western rift escarpment. The lake is surrounded by national park and attracts numerous flamingos, pelicans and other birds. In addition, elephants, giraffes, buffalo, impalas, and baboons also roam the lands. Above all, Lake Manyara National Park is famous for its tree climbing lions, hot springs, and underground water forest.

Many tourists are attracted to Tarangire National park because of its large elephant population. Tarangire has an all-season river that attracts wildlife from the dry areas, making this a good region, particularly throughout dry seasons.

Arusha National Park may be a good add-on for safaris that have spare time to spend in or around Arusha Town. The park is notorious for its large population of black-and-white colobus monkeys. There are also a variety of antelopes, a small number of elephants and numerous bush bucks. There is good birding in this park as well and it has a diverse landscape including Mount Meru. 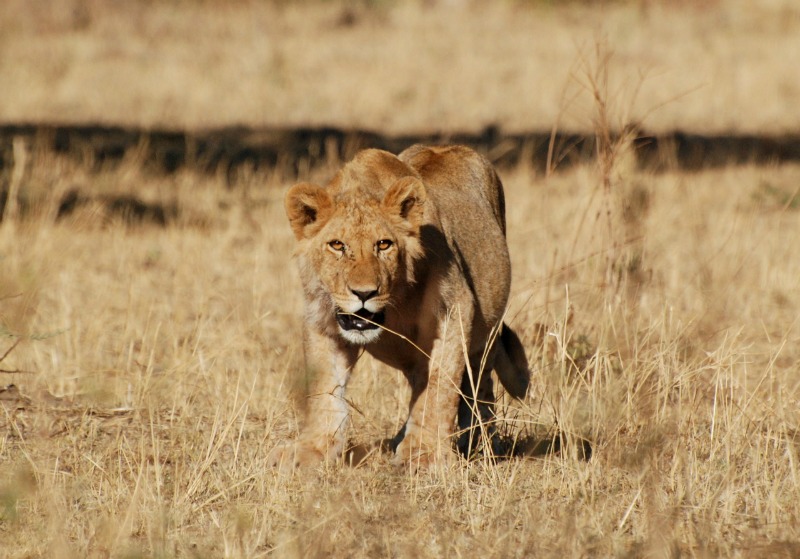 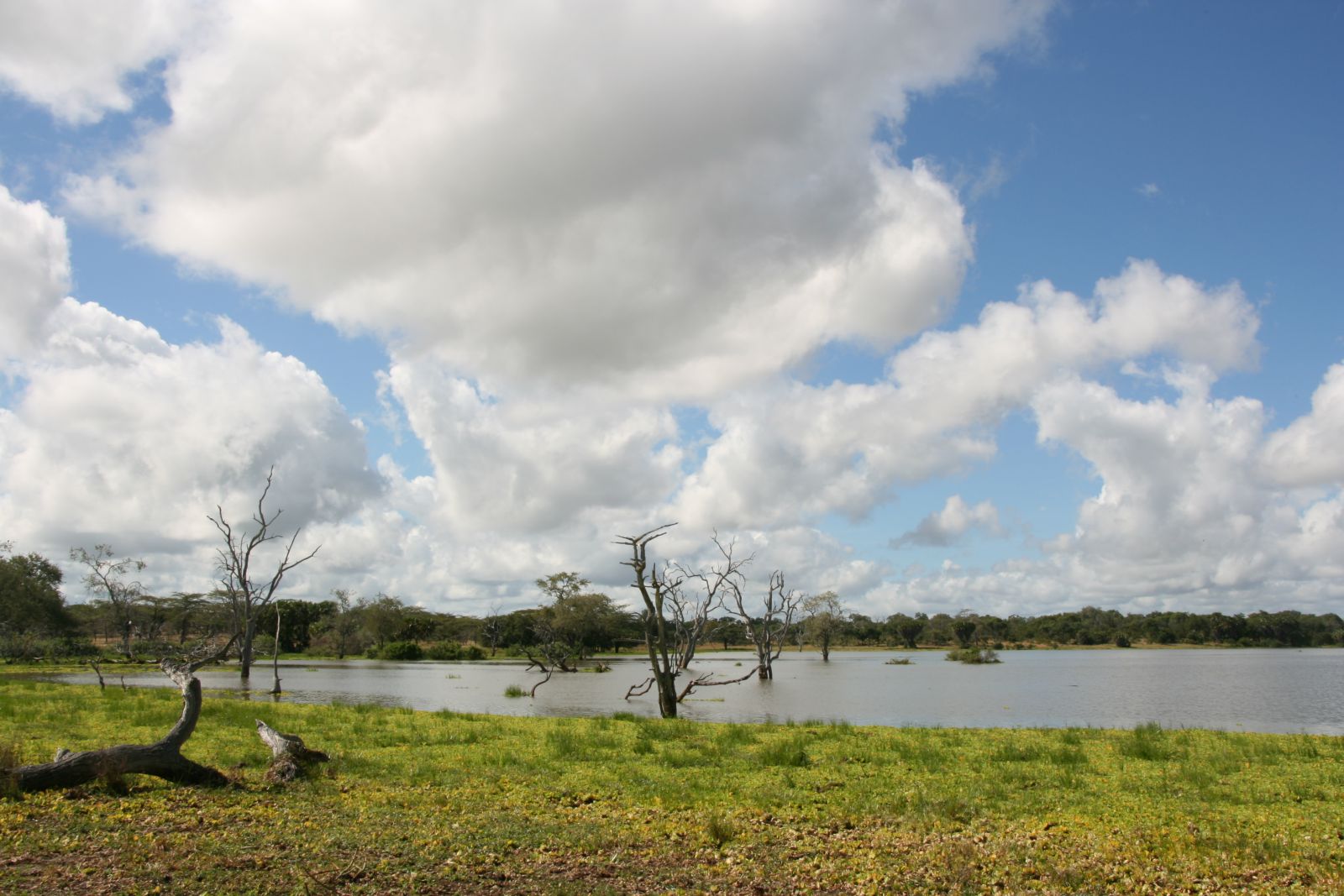 Selous Game Reserve is one of the largest parks in Africa. Night game drives, walking safaris and boat tours are permitted in Selous because it is a game reserve, which has different rules and is less restrictive than the National Parks and Conservation Areas in Tanzania.

Many of the camps, tented camps and lodges are located around the Rufiji River in the northern area.

Mikumi National Park is bordered by the Selous Game Reserve, the Uluhuru Mountains and the Udzungwa Mountains. There is a large floodplain in Mikumi National Park, which is one of the best opportunities to see game of all sizes. The park is very accessible, as the Tanzania A-7 highway intersects it, and it is a good park to see in conjunction with Selous Game Reserve.

Ruaha National Park is considered to be a bush land and it has a permanent river near the southern part of the park, which attracts many animals, especially in the dry seasons. The types of animals you may be able to see are heartbeests, lions, leopards, greater kudu, cheetahs, elephants, many species of birds and if you are really lucky the African wild dogs. Ruaha National Park is a remote park and has very few visitors, so if you are looking to get off the beaten track, this is a good option for you.

The park has camps, tented camps, and lodges, and it is accessible by land, however many visitors decide to fly into this park from Arusha or Dar es Salaam. 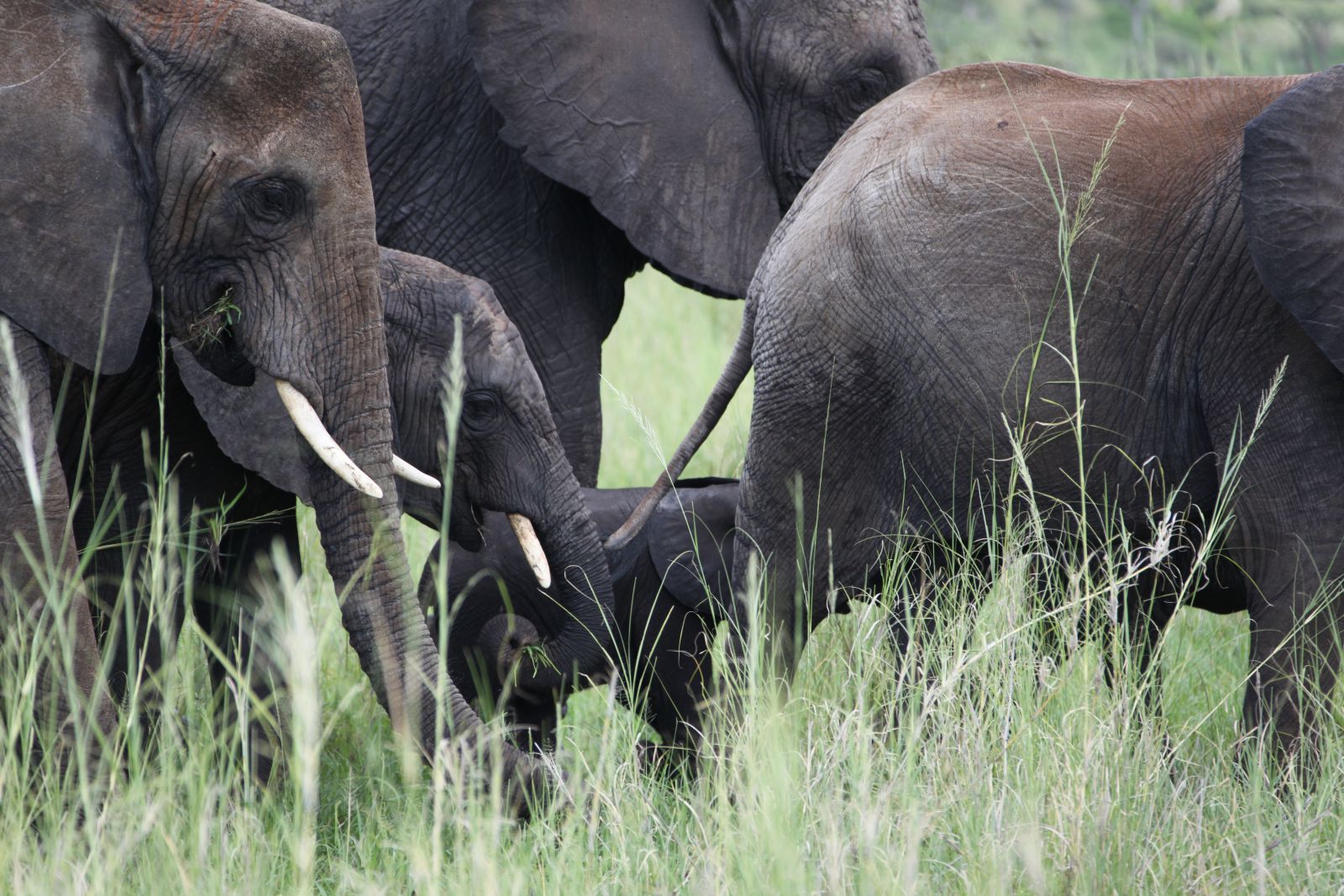 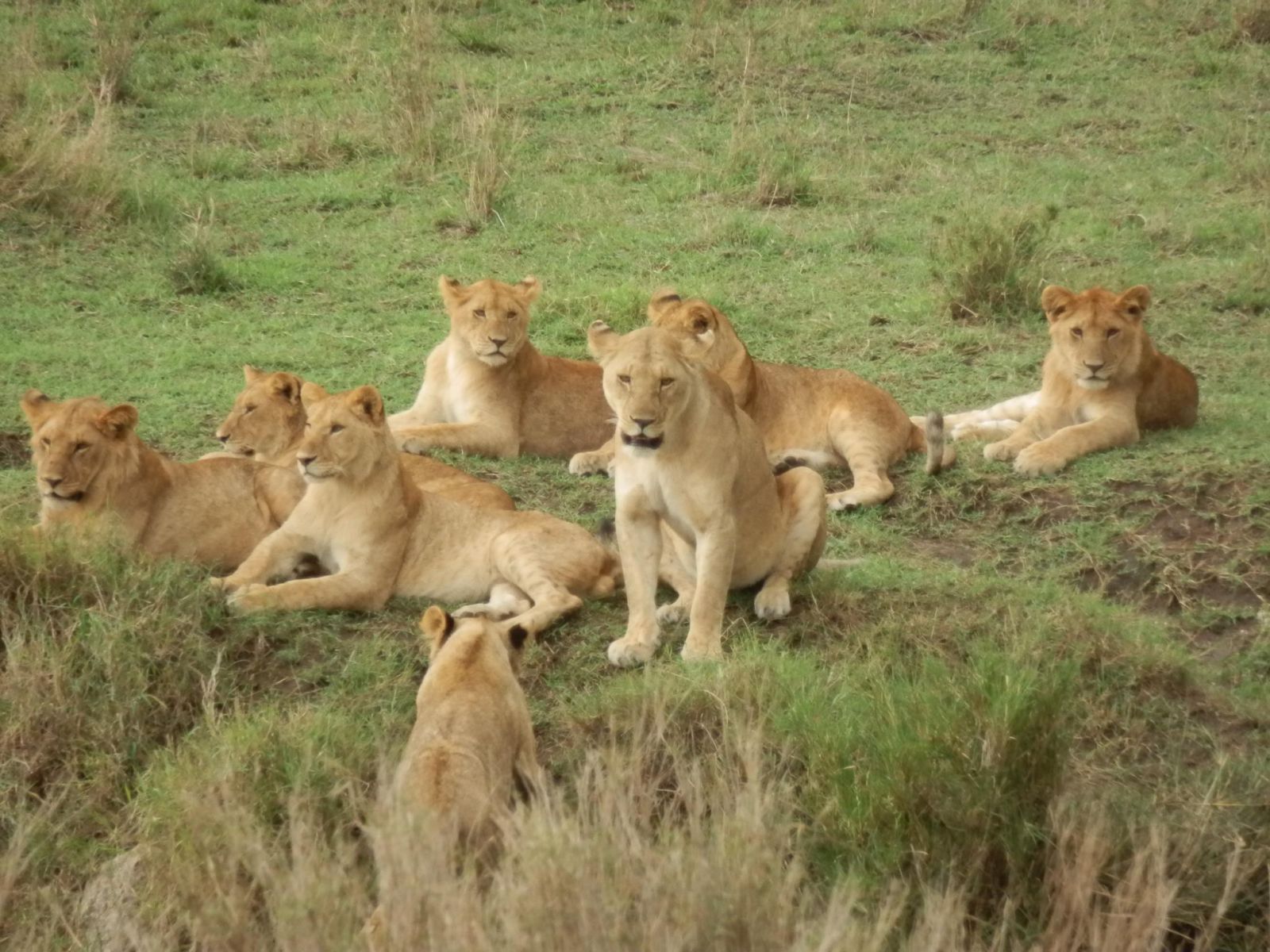 Katavi National Park is another remote park with few visitors and it is recognized for its large herds of buffalo, countless hippos and crocodiles. This park does not have as many permanent water sources for its animals, so visiting during the dry season can be a unique experience, as many of the animals will gather around the available water.

Katavi National Park has camps, but it does not have many luxurious tented camps or lodges. This park is accessible by road, however most visitors prefer to fly into to this park if they plan on visiting. 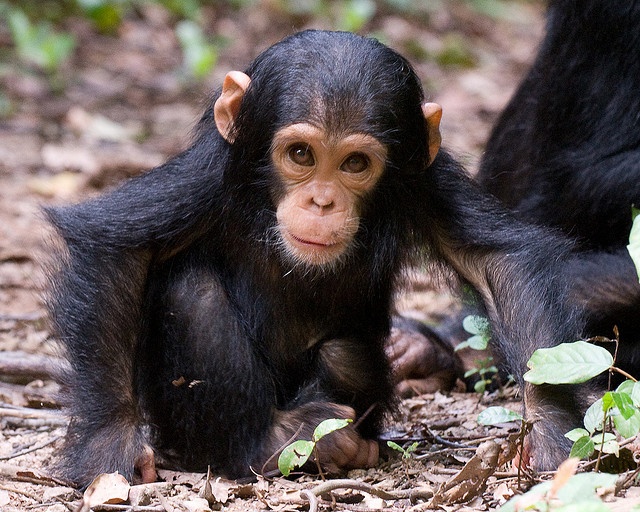 Gombe Stream National Park is a very small, but beautiful national park in Tanzania on shoreline of Lake Tanganyika. It is famous for Jan Goodall’s research on chimpanzees. These chimpanzees are the main attraction, however there are many other species of monkeys and there is some herbivore wildlife.

In order to have time for chimpanzee trekking, visitors should stay is minimum two nights. Gombe has one small tented lodge on the shore of Lake Tanganyika that is accessed by boat from Kigoma.

Mahale Mountains National Park is also on the shoreline of Lake Tanganyika. This park has many rolling hills with numerous chimpanzees and a lot of monkeys. If you travel to the eastern region of the park, you may see other wildlife such as wild dogs, lions, giraffes, and elephants.

There are few lodges situated on Lake Tanganyika, however it can be a truly unique experience, as you can split your time between exploring the park, and doing activities on the lake such as swimming, boating, fishing or snorkeling.