Large numbers of tourists travel to Tanzania to see the Ngorongoro Crater, but few have discovered the areas around it; the Ngorongoro Highlands. The highlands, which covers an area of 8292 square kilometers, are stunning with Maasai bomas around every corner. This region has several attractions including Olmoti Crater, Empakai Crater, Olduvai Gorge, and Shifting Sand, Ol Doinyo Lengai Mountain, and Lake Natron. Furthermore, there are also Trekking and walking tours available within the attractions mentioned above.

This volcano is located in the central part of the Ngorongoro Highlands, and it is about an hour drive from the Ngorongoro Crater. At the volcano, you can do an easy hike to the center rim and down to the waterfalls.

From Olmoti Crater, you can do a full day hike to Empakai Crater (with donkeys to carry baggage) to Empakai Crater. Once there, you can camp on the Crater Rim, and the next day you will follow a narrow trail into the crater, where you will be able to see the soda lake in the distance on the crater floor. You can spend a whole day exploring the crater, and you will possibly see countless flamingos nearby the lake. After you are finished discovering the crater, you can walk to the Rift Valley Rim, where you will have an excellent viewpoint onto the Rift Valley and see Ol Doinyo Lengai Mountain in the distance.

Olduvai Gorge is a significant paleoanthropological site that has contributed in the advancement of the understanding of early human evolution. The deposits have produced the fossil remains of more than 60 hominins, which has delivered the most continuous known record of human evolution during the past 2 million years, in addition to the longest known archeological record of the growth of stone-tool industries.

Shifting Sand is volcanic sand that has been formed into a dune. Continuous winds move this blackish sand dune along in its exact same shape down a large plain. To the Maasai, these sands hold a religious significance, and its movement has been tracked back as far as 1969.

You will hike into the Rift Valley to the base of Ol Doinyo Lengai Mountain, which is in the Lake Natron region. The Maasai call Ol Doinyo Lengai “the Mountain of God” and it is a truly spectacular mountain. This active volcano is the only one on the planet that emits carbonate lava. Visitors can choose if they want to climb the mountain or not. It is a challenging hike that usually leaves at midnight, because the temperatures are lower. When you reach the top, you can witness a magnificent sunrise before you start to descend the mountain. 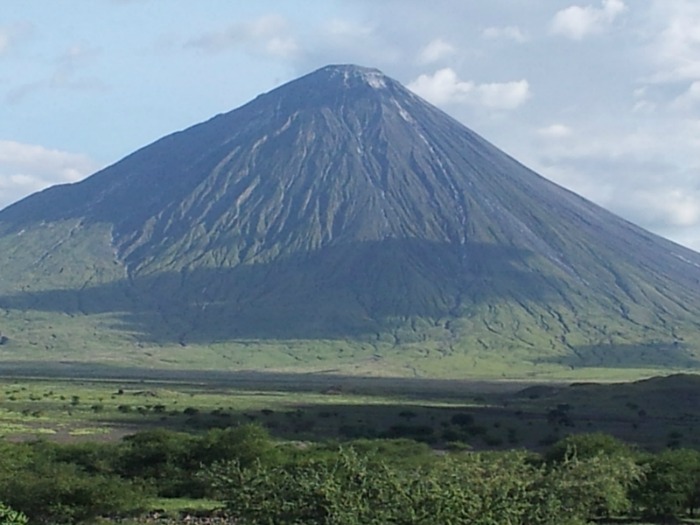 Lake Natron is a salt lake which is surrounded by very dry land, as it receives very irregular rains. The lake is a breeding place for thousands of flamingos, and they build their nests between August and October. Other animals in this area include zebra, ostrich, oryx, gazelle, lesser kudu and golden jackal. Lake Natron offers numerous attractions such as seeing volcanic implosion carters, numerous waterfalls where you can swim, and visiting Maasai bomas.

Lake Eyasi is not known for its game, but it is an astounding area, where you get see some of Tanzania’s unique tribes such as the Hadzabe and the Datoga peoples.Visiting the Wahadzabe tribe (the Bushmen) is an incredible cultural experience. They graciously show where and how they live and hunt. The Bushmen live completely off the land by gathering fruits, vegetables and roots in addition to bow hunting. The language they use is very intriguing, as it sounds like “clicking noises”.

Lake Eyasi is a seasonal lake. In the wet season, the lake is filled with flamingos, and many other species of birds, which attracts many bird watchers. Beautiful sunsets can be seen in this region, and it is definitely quieter than the nearby busy northern parks.